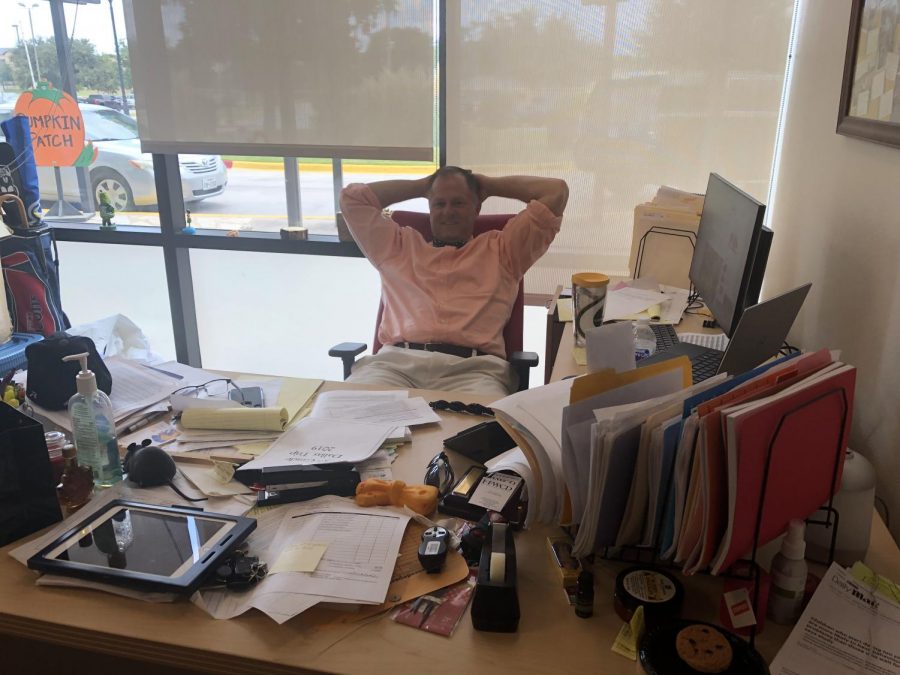 MS Division Head John Stephens, like all teachers and administrators, does exist outside of the Country Day campus and school hours.

In school, faculty have said that it is a pleasure working with Stephens.

Stephens enjoys working with the parents as well as the students.

One of the things that Stephens also enjoys is visiting the Lower School and Upper School.

“I love going up to the Upper School and seeing the kids that we’ve had,” Stephens said.

Most people don’t know that Stephens taught history at a school in Wisconsin before becoming an administrator. He has two degrees in history. During his first few years as a teacher, he taught a humanities class for seventh and eighth graders. He also taught fifth grade history.

Stephens says that the seventh grade is his favorite class in the Middle School. “It’s the grade that I spent most of my time teaching, and I think they’re my wheelhouse,” Stephens said.

“[In future years],I’m looking forward to being an eccentric old guy,” Stephens said.

Besides working at FWCD for 14 years, all three of Stephens and his wife, Helen’s, children: Hannah’13, Amanda’15, and Jack’18 graduated from here.

Stephens has also started the MS A.I. program. A.I., which stands for Awesomeness Initiative, has encouraged students to join a teacher and a few other students every month to learn new skills. Some of the A.I. options include; Beekeeping, which is taught by Stephens, Fishing, and Calligraphy.

“It’s never boring. No two days are ever the same,” Stephens said when asked about the day to day life as head of MS.