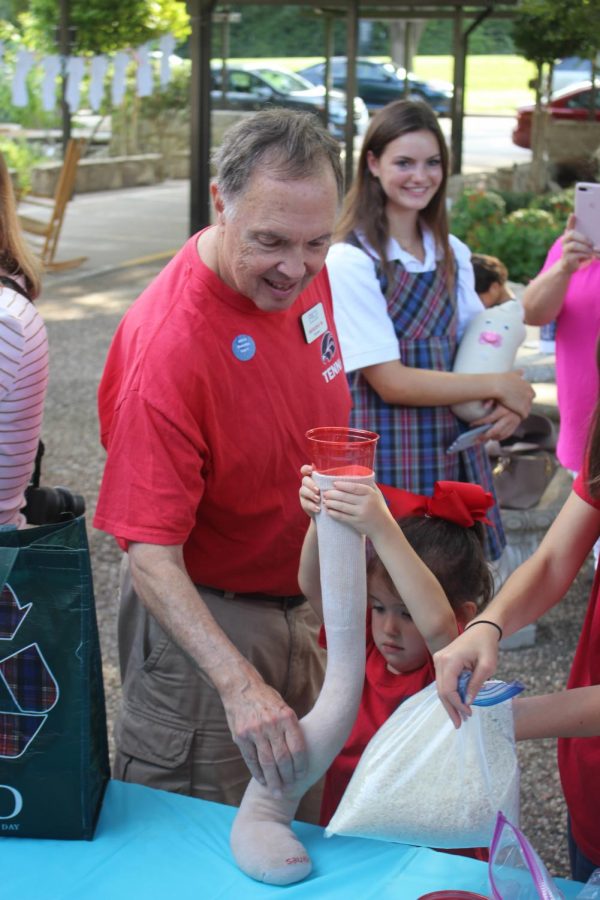 Dan Bloch H’06 worked at Fort Worth Country Day for 52 years, in which he taught as a homeroom teacher for 22 years, a lower school science teacher for four years, and a fifth grade science teacher for 26 years. Unfortunately, due to the COVID-19 pandemic, Bloch retired suddenly after his 52-year tenure. Over the 52 years, he became one of the most well-known and loved teachers during his time here and enjoyed mostly everything about it.

“When I first came to FWCD, I loved the openness,” Bloch said. “I lived in inner-city Chicago, [before coming to Country Day] so I was not used to the space.”

As well as enjoying all of the space, there was something else that he enjoyed even more.

Bloch taught about 7000 students, including his daughter, during his time at Country Day, but it wasn’t the children that changed over the 50-plus years.

“Ten year olds are ten year olds,” he said. “They all have the same desire [to learn].”

Even though the students he taught did not change that much, the implementation of technology did, but even that didn’t phase him.

“The biggest change [in Bloch] was adopting technology in the classroom; he was using it faster than every other teacher in the Middle School,” Laura Terry, former fifth grade math teacher, said. “He was a trailblazer with iPads.”

But what about Bloch got the students in his class so engaged and excited when they came to his class?

In his class, two big projects got his students thoroughly engaged: the mousetrap car project and the spaghetti tower project. Both of these projects got Bloch’s students very excited about science.

“He made things really cool,” John Stephens, Head of Middle School, said. “He has a little middle schooler in him.”

Even though Bloch was someone who was around middle schoolers for long periods of time, he was still a person who worked at one school for 52 years. This allowed him to have an incredible impact on his coworkers.

“He had so much wisdom, a wealth of knowledge, a positive spirit,” Stephens said.

“He taught me a lot about the history of FWCD, he taught me about why we did things the way we do,” Terry said. “He paid close attention to what motivates kids.”

Along with his abundant knowledge, engaging personality, and love for teaching, there were still other things that were a big part of Bloch and his life. One of those things was playing the banjo at the Kindergarten Rodeo.

“It started before I had the collection; I loved Winnie the Pooh since I was a kid,” Bloch said. “I read Winnie the Pooh to students, then some teachers gave me a stuffed Eeyore, because it represented me. After that, students started to give me more Winnie the Pooh items.”

Emma Pyron ’21 remembered a quote from the cartoon that represents Bloch’s retirement perfectly: “How lucky am I to have something that makes saying goodbye so hard.”

Head of School Eric Lombardi also had an inspiring comment about Bloch.

“Those of us at FWCD in 2020 stand on the shoulders of giants who came before us,” Lombardi said. “[Bloch] is one of those giants who built the school we are today.”

The sudden retirement of Bloch was a shock to many people, but his legacy will live on forever through all of his stories, through his Winnie the Pooh collection, which still partially remains at FWCD, and especially through his students and coworkers.