Formula 1: Why You Should Watch It 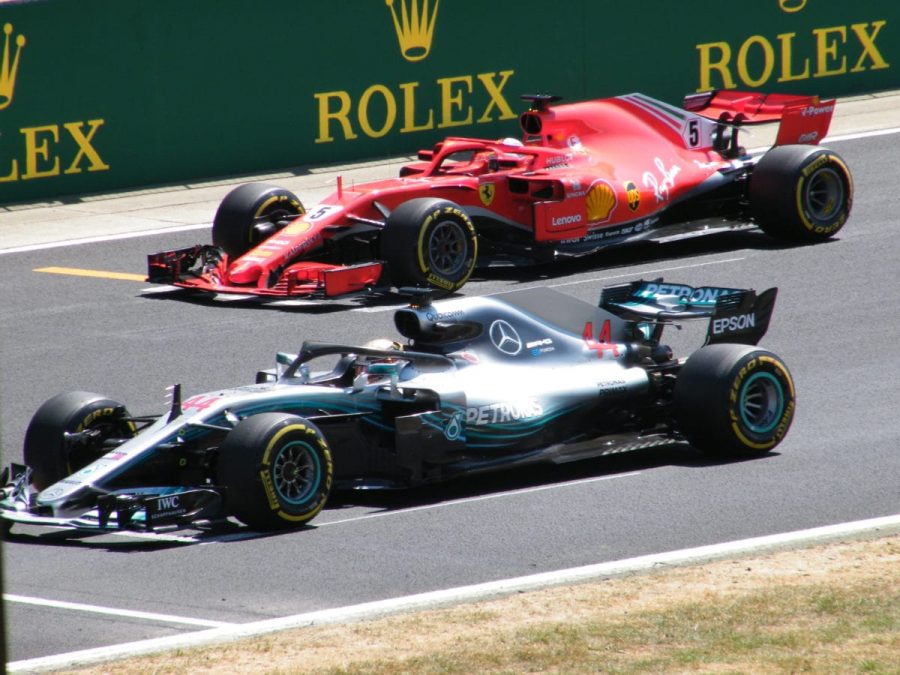 Photo from Pixnio by Nigel Grant. Licensed under CC.

I started watching Formula 1 earlier this year, on July 5, for the Austrian Grand Prix. Formula 1 was planning to have a 23-race calendar starting in Melbourne, Australia. Then COVID-19 happened.

They shortened the calendar to 17 races starting with two races in Austria. I dragged myself out of bed at 8:00 a.m., turned on the TV to watch Mercedes’ Valtteri Bottas, who has politely played second fiddle to seven-time World Champion Lewis Hamilton for a couple of years now, get his first win of the season. I watched as Red Bull’s second driver, Alex Albon, was robbed of his first F1 podium as Hamilton squeezed him off of the track causing him to drop down the order and out of the points. This earned Hamilton a 5-second time penalty. I watched as fan favorite Lando Norris, driving the up and coming McLaren, put in two surreal laps to finish 4.8 seconds behind Hamilton. This was just enough to get within the 5-second penalty and earn the youngest driver on the grid his first-ever podium.

Five months later, and there are only three things in this world that I will voluntarily get myself out of bed for at 8:00 a.m.. A baseball tournament, a round of golf, or an F1 race.

Here is why F1 isn’t just non-athletes driving in circles.

Having two drivers in one team is arguably the best thing about F1. You have a dynamic at Mercedes, where a pretty decent driver, Valtteri Bottas, is constantly being asked to yield to his teammate, one of the greatest motorsport racers of all time. You have a dynamic at Red Bull, where Max Verstappen, who many pin as the next World Champion, is a sure bet to get on the podium almost every race. His teammate, Alex Albon, has shown glimpses of immense talent and could be one of the greatest overtakers of all time, but is on the verge of losing his seat. He qualifies low and is often half a second off of Verstappen’s pace. The best he can do at that point is have a good recovery drive to get only a few points.

This offseason we had driver transfers galore. These agreements will come to fruition next season. Drivers choose to leave a team, but then have to race one more year with their current team before transferring. Obviously, it creates an awkward situation. For example, at Racing Point, Veteran Sergio ‘Checo’ Perez is being replaced by four-time World Champion Sebastian Vettel. Normally, most people wouldn’t bat an eye at this. However, The other man who Vettel could have replaced is Lance Stroll. Perez consistently overperforms Stroll. Perez has more than five years of experience over Stroll. He has even put his own money into the team to keep it from going bankrupt. Why wouldn’t Vettel replace Stroll? The owner of the team is Lawrence Stroll. The only reason that Lance is there in the first place is because of his father. Stroll’s nickname is Lance “Daddy Cash” Stroll for heaven’s sake. Ah, the pitfalls of being a driver on a team with the owner’s son.

In other transfer news, McLaren’s Carlos Sainz is replacing the outgoing Vettel at Ferrari. Renault’s Daniel Ricciardo, another fan favorite, will go to McLaren to fill Sainz’s void. Two-time World Champion Fernando Alonso is coming back from retirement to replace Ricciardo at the French outfit. It seems likely that Lewis Hamilton will return to Mercedes, but we are not sure about the length of the contract.  The outlying case is the second seat at Red Bull. The current runner-up team has yet to announce their second driver. They could stick with Albon, sign Pierre Gasly from their junior team, Alpha Tauri, sign Perez, or sign free agent Nico Hulkenburg. Red Bull team boss Christian Horner and team advisor Helmut Marko have indicated they would like to keep Albon. But that’s also what they said about Gasly last year. Gasly signed with Red Bull at the beginning of the 2019 season and was swapped with Albon at the halfway point. They assured him that he would stay for at least the remainder of the season. Then they fired him. This caused some bad blood between Gasly and the executives, so I doubt he’ll make a return. As for Perez and Hulkenberg, we’ll just have to wait and see.

The two confirmed rookies on the grid will both be driving for Haas, the only American team in F1. Nikita Mazepin and Mick Shumacher will fill those two seats. Mazepin is there because he has a lot of money backing him, which goes a long way for a team at the back of the field. Mick Schumacher is the son of racing legend and 7-time World Champion Michael Schumacher. However, he isn’t just there because of his last name. He was recently crowned Formula 2 champion, so he does have a lot of merit.

F1 cars are some of the fastest cars on the planet. They have reached over 220 mph before and can go from 0-60 mph in 1.6 seconds. This extreme speed forces the drivers to near perfection. At around 200 mph, a few centimeters of movement of the steering wheel can send a car into the wall. The speed creates the extreme G-Forces that the drivers have to endure. At a full-speed turn, drivers can experience up to 6 G. This is why the most important muscle for F1 drivers to train is their necks. A strong neck is the only way to withstand the amount of G-Forces over three practice sessions, a qualifying session, and a full race.

So much time can be gained or lost in the pits. Red Bull is regarded as having the best pit crew. They clock in sub-two-second pit stops regularly. This makes them so much more dangerous than most other teams, as the average is half a second slower. When positions are settled by less than a second or two, a pit stop can make or break it. We’ve seen miraculous stops like Max Verstappen’s in Brazil 2019 that was 1.82 seconds and helped him claim victory for Red Bull. We’ve seen Red Bull lose Daniel Ricciardo the 2017 Monaco Grand Prix by not having the tires ready. The pit stops are undoubtedly one of the most exciting parts of an F1 race.

Now, this wouldn’t be a Formula 1 article if I didn’t talk about Ferrari. Despite a lackluster performance this season that would have Ferrari founder Enzo Ferrari rolling over in his grave, they are the most influential team in F1, and maybe in all of motorsport. They bring in millions of dollars in revenue for one reason: their name. Haas, Williams, and Alpha Tauri may not be household names, but Ferrari is. If you’ve never even heard of F1, you know what Ferrari is. They are easily recognizable and have been one of the most successful F1 teams to date. That is why the sport even pays them to compete in F1. They bring excitement and recognition to the sport and perhaps have the wildest fanbase in all of sports in the “Tifosi”.

Look up videos of their training and get back to me.

“F1 drivers are paid too much”

Lewis Hamilton is the highest paid F1 driver. He makes $40 million a year, not including sponsorships. The lesser paid drivers make less than $1 million. Keep in mind that F1 drivers risk their lives every day to provide us with entertainment. You never want to see crashes like the one we saw in Bahrain on November 29. Romain Grosjean clipped the tire of another car and was sent straight into a barrier at about 150 mph. The car split in two, the fuel tank ignited, and a massive fire erupted. Grosjean was very lucky to make it out alive with only minor burns. But many fans, like myself, thought the sport had lost another driver when I saw the flames erupting from the car. We’ve lost Formula 2 drivers Jules Bianchi and Antoine Hubert in the past few years to fatal crashes. So ask yourself, would you risk your life every day to provide entertainment for fans? One more thing, when you have famous athletes like tennis star Roger Federer who makes over $100 million a year and golfing legend Tiger Woods who makes over $60 million a year, then F1 drivers should be making some serious dough for driving some of the most dangerous vehicles ever created.

“Only the car matters”

If the driver doesn’t have anything to do with how the car performs, then there wouldn’t be a half-second gap between Red Bull teammates. Valtteri Bottas would probably have a couple of Hamilton’s World Drivers’ Championship trophies. George Russell wouldn’t have a 36-race streak of qualifying ahead of his teammate, dating back to his rookie season last year.

The fact of the matter is, F1 is one of the most exciting sports to watch. I get why people are hesitant and think that it will be boring, but I urge you to watch just one race and keep an open mind. If that’s too much, pull up either the 2019 Brazil Grand Prix or the 2020 Austrian Grand Prix race highlights on YouTube. It’ll take you about 5 minutes, and will give you a good representation of the exciting and fun nature of Formula 1. Even if the races aren’t for you, giving Netflix’s Formula 1: Drive To Survive series is well worth it. It focuses on the drama, and not so much the racing, which is appealing in its own right.