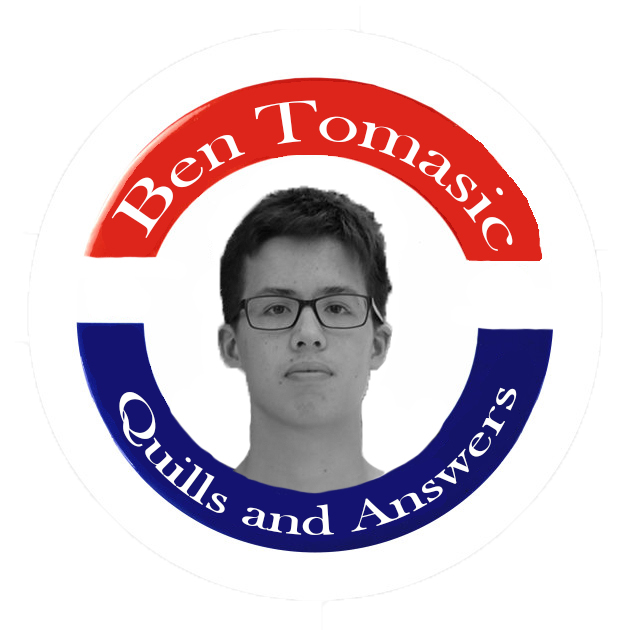 Q. What is the fastest new production car to date?
A. 2021 Bugatti Chiron Super Sport 300+ which can reach up to 304 miles per hour. However, for sale as a road car its max speed will be capped at 237.4 MPH for “safety reasons.”

Q. What would you do if you discovered that I have been living in your attic for the past 2 months?

A. Probably get you home to your family. Dunno what you’re doing in my attic but ok.

Q. What should the Washington Football Team name be?

A. They should be named something like the wolves (a name that has come up a lot). It would be funny though if they just kept the name as it is.

Q. What is the worst state in the United States?

A. Probably Montana. What even is in Montana? At least South Dakota and North Dakota are mentioned for being the worst state to live in. But Montana is even more ignored because there’s nothing bad there but there’s also nothing good. I have never met anyone from Montana or hear anyone mention someone who has lived in Montana.

Q. What is your least favorite color?

A. I think there’s a green brown mix that’s out there that I really hate. There isn’t really a single color that I truly hate. I have more of a variance in tastes when it comes to color combinations.

A. I don’t know; it’s going to be close. I’ve heard he’s not a very active participator and he isn’t really getting the flow of the class. His parents have to get him into shape or he’s going to risk getting the worst grade in lunch.

Q. What do you want for Christmas?
A. Sigh. I don’t know. Get out of here. Maybe some money perhaps. I don’t know honestly.

Q. Is Texas back?
A. No. Please stop clamoring until you can beat TCU let alone Oklahoma.

Q. How long will you be remembered after you die?

A. I have no clue. Maybe we’ll all be dead by then. Who knows. I legit couldn’t care less honestly.

Q. How would humanity change if all humans’ life expectancy was significantly increased (let’s say to around 500 years)?
A. Assuming that aging is now proportional to the new life expectancy, this increase in age expectancy would probably be a bad thing in reality. It would result in massive over-population on earth as death rates would slow to a crawl while birth rates spike exponentially. Also suicide rates would probably spike for people especially as they reached 100 years old because they’re tired of life. I think it sounds cool in practice, but I think it would be a net loss for the human species.

Q. Who do you think deserves the Red Bull seat in 2021?
A. Pending on when this issue is released, I dunno who is going to be in the seat. I think Sergio Perez deserves it the most. Based on his resume of performances over his entire career and especially over the current 2020 season, he outright deserves this seat the most. He’s got a win for a Racing Point as well, along with many podiums throughout his career in a midfield car. There are not many drivers who could’ve gotten more out of the Racing Point car. What’s for certain though is that Alex Albon is probably not the best fit for next year. If Red Bull wants to be more competitive and take the fight to Mercedes, Albon has not been that driver. While part of the issue could be that the Red Bull car is actually worse than we thought and that Verstappen is just generating elite performance out of thin air. However, there is quantitative data that Albon has the worst out of all the head to head inner-team matchups. His qualifying and race pace is also nowhere near the expectations that Red Bull need and so Albon is not looking so hot anymore in that position.

Q. Should UEFA create the European Super League with all of the richest, most successful clubs?
A. No for quite a few reasons.
It’s just a scheme for the top teams to make tons of money and also a cowardly act so that they can avoid the embarrassment of having to lose to teams like Burnley, Duisburg, or Granada. Also the proposed Super League is not going to have relegation which is a scandal beyond belief. These clubs just want to drive all the other potential big clubs away and consolidate their finances. If it happens it would be really hard for me to watch football again.

Q. What caused the 2007 Great Recession but you can only use the 1000 most used words in English?
A. https://www.ef.edu/english-resources/english-vocabulary/top-1000-words/ —-> used this list
The big banks fail, and people lose their jobs.

Q. Is a hot dog a sandwich? Is cereal with milk considered soup?
A. I feel like I already answered these.

Q. Is the Weather Channel over-representing weather related events in a subtle way of convincing the American people of their pro-weather beliefs?

A. I entirely agree. All the time when I tune into the weather channel I only see news about the weather. I don’t care about the weather. The weather is funded by the government’s illegal Ponzi scheme through Keanu Reeves, Bernie Madoff, and Al Capone’s grandchildren. They’re corrupting the people with the conception called weather. The sky is just a simulation. It only makes sense. Why do all these clouds look like animals? Rain is just fresh water that the government sprinkles using secretive invisible sprinklers that sprinkle down water from above. Lightning is used by the government to strike down citizens that they disagree with.  KNOW THE TRUTH ABOUT THE WEATHER. IT’S ALL A FACADE.

Q. If Santa isn’t real, explain the presents under the tree.

A. Santa is just a codename for a government spy. DO NOT OPEN THE PRESENT. It’s bugged so that the government can listen to everything that you say. The best you can do is throw it away and burn it. DO NOT OPEN IT THOUGH.

Q. If someone you loved was killed in front of you, but someone created a copy of them that was perfect right down to the atomic level, would they be the same person and would you love them just as much?
A. If they retained their personality then probably yes. If they didn’t retain their personality then we’ll have to see. If they became toxic then I probably wouldn’t want to continue that same level of adoration for them.

Q. Why do hugs feel good?
A. People get a release of feel-good chemicals from physical contact such as dopamine. Hugging is essentially full body physical contact so there is a subsequently large chemical release. That’s why a lot of people are struggling during the pandemic because normally we hug people all of the time to subconsciously get some dopamine release. However, now we can’t do that anymore.

Q. Can Boris Get Brexit Done?
A. While he is fulfilling his promise of getting Brexit done, whether the Brexit that Boris gets for the UK is a good one is a question that we could get an answer to as soon as January 1.

Q. Is it socially acceptable to eat ice cream in 40º weather?
A. I don’t care. I’m going to eat it if I want it no matter the weather. And you shouldn’t want it either.

Q. How do you feel about the focus of Christmas being mass consumerism instead of helping those in need?
A. SHOCK! That’s why Festivus was created.

Q. Will the US win the 2022 World Cup?
A. No lol. While the US is doing a good job of importing European talent with US passports, they still are ranked behind the monoliths of Germany, France, and Brazil.

Q. Where have you gone, Ben?
A. I’m spending my time now tanning 5 hours a day in Canberra, Australia.

Q. Would you vote Matthew McConaughey for governor of Texas?
A. Depends on his positions on stuff. I’m not going to just vote for him just because he’s a celebrity.

Q. What is the dumbest question you were asked on a college application?

A. None of the questions are dumb because they’re trying to get to know you. However, they are often uninspiring and boring. I.e. What makes you think you are a good candidate for University X?

Q. Does the recent conflict in the Ethiopian state in Tigray between the Tigray’s People Liberation Front and the combined defense forces of former enemies Eritrea and Ethiopia signal the beginning of a potentially long civil war in Ethiopia? Are Prime Minister Abiy Ahmend’s efforts to end the ethnic federalism that has kept the country in a fragile peace to blame?

A. I would love to be able to answer this question but the situation is just way too complex.

Q. Also, should I get Peacock just to watch “The Office,” or should I resign myself to never seeing it again?

A. If you’re going to dedicate yourself to watching every single episode again then yes. If not then it probably isn’t worth it.