A Bust or a Breakout Season 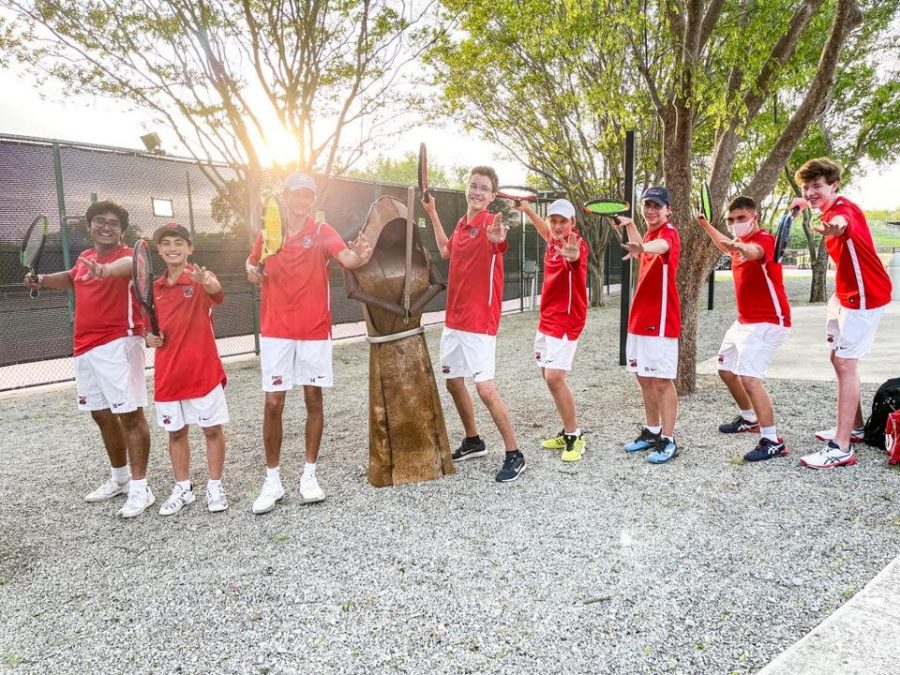 The FWCD Boys Varsity Team poses for a fun photo after a match versus Cistercian.

First off, there was no Spring SPC this year for tennis, so the teams couldn’t exactly play in the tournament. So, the success of the teams will be judged on if they would have made SPC in a typical year, which means the teams would need to have won at least two of their counter matches. With that being said, it’s time for the results.

Also, the future of the team looks great. The lineup that the boy’s team had this year will remain the same next year for the most part, which means that many strong players from this year’s team will most likely be returning next season. So in the following years, the team can improve even more, and probably get close to, if not win, an SPC title.

“The team is growing towards the all around game we want to be a trademark of the tennis team at FWCD,” boy’s varsity coach Sil Azevedo said.

That is more encouraging news heading into next season.

Now, for the girl’s team. The girl’s team finished with a record of 1-5, and along with the boy’s varsity team, the girl’s team would not have made SPC in a normal year. It was a very similar story for girl’s varsity, as they also finished with one win, which came against Oakridge. They also had a few close matches that could have gone the other way for their team and that would have put them into SPC in a normal year. The girl’s team also has a bright future. There were no seniors on the team this year, meaning that there will be no gaps left to fill due to seniors leaving. There is a pretty good chance that the lineup for the girl’s team will be the same next year, and if everyone on the team improves during the offseason, then they will come back next year stronger and will probably make SPC.

“I am very optimistic for the future,” girl’s varsity coach Debby Arnold said. “It was fun to complete a full season and to see so many players grow their game in a variety of ways. I sincerely appreciate the effort and dedication by so many players to make it a wonderful season. I’m already excited about next year.”

Yes, both teams would have fallen short of making SPC this year, had there been a regular SPC. However, both teams were really strong this year, probably stronger than most other seasons, which provides hope for the teams in the future. There are so many people on the varsity tennis teams that are committed to the program, and it wouldn’t be unlikely for that commitment to pay off in the future and to at least get the teams close to bringing home an SPC championship.