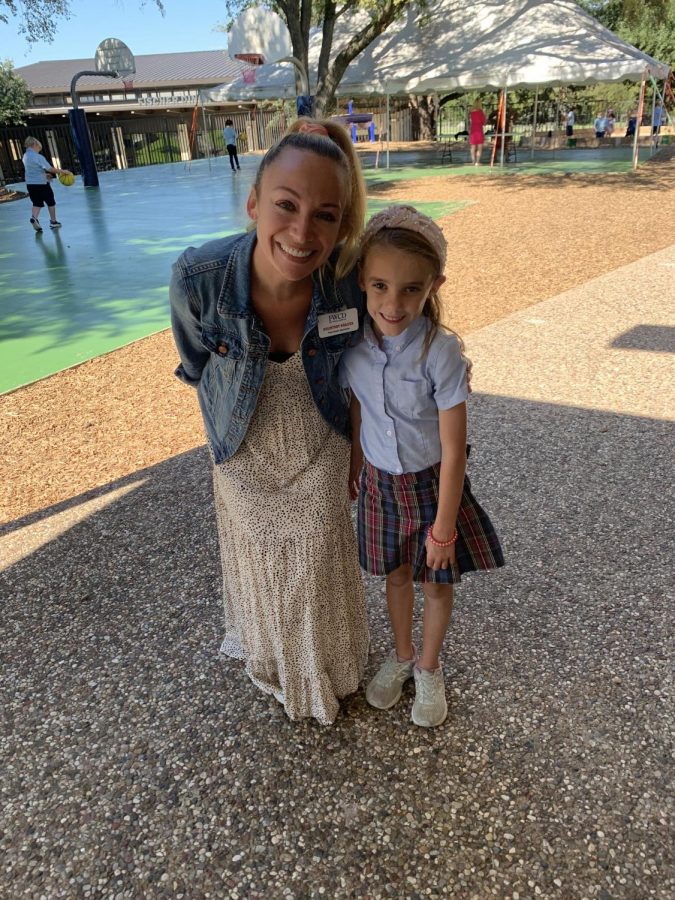 From graduating FWCD to cheering at the Superbowl, Courtney Corbeille Krauss ‘06 has done it all.

A few months before graduation, she was reading the “New York Times.”

“Because I was a journalism major, I was required to read the “New York Times” every week, and I saw this article about this guy named Lin Manuel-Miranda and how he and this other person I hadn’t heard of were creating this show called ‘Bring It On The Musical’,” Krauss said. “I remember thinking this could either be really amazing or really terrible, but I’m interested.”

After doing some research about the show and Manuel-Miranda, she realized that it was a great opportunity. Auditions were held all across the country and 7,000 people tried out. They hired four female cheerleaders and four male cheerleaders. She went through two more rounds of callback auditions and got a call that she got the part right after graduating from OU.

She flew to Georgia and started rehearsals. During the show, she traveled to 13 states and performed. While on tour, they got the news that it was going to a Broadway show. Krauss performed on Broadway from the beginning of the show to closing night.

“It was such an incredible experience to be able to be a high school cheerleader again,” Krauss saids.

She met her husband, Dave, while she was in New York. At 23, she decided to move back to Texas to be closer to her family. Soon after, she cheered with the Dallas Stars for two years.

Krauss soon  realized that she had her sights on the NFL. She took a year off to get married and then auditioned to be a Patriots cheerleader. She made the team at age 30 and cheered with them for two seasons. During her first season, she went to the Superbowl at Mercedes-Benz Stadium in Atlanta, GA. That year the Patriots won. She remembers it all very vividly.

“They were telling us to stuff our boots with the confetti because we would be glad that we had it someday,” Krass said.

After that adventure, she came back to Texas and enrolled at TCU where she earned her master’s degree. In order to complete that program, one must have an internship teaching somewhere. Her internship at McLean MiddleSchool was canceled due to COVID, so she had to find another place. She saw that FWCD was hiring super subs and thought that it was a great opportunity to get back to her roots.

She got the job and was a super-sub for the majority of the year and then was a long-term sub for MS geography teacher, Tara Westbrook. Once the year ended, she asked if there were any other positions that she could fill at the school. They told Krauss that they needed an assistant first-grade teacher, and she took the job. She is also the JV cheerleading coach.

Her students and the girls on her team love her.

She coaches ten girls on the JV team.

“She is a really good coach and cares about all of the girls on her team,” Claiborne Edwards ‘25 said. “She is the reason I love cheer.”

Another one of her JV cheerleaders Alyssa Rollings ‘25, also appreciates having Krauss as a coach.

“She is so tough on us but it really makes us an amazing team which shows in our performances,” Rollings said. “We are so lucky to have her as a part of our community.”