The Hooton Cup Was a Hole-in-One 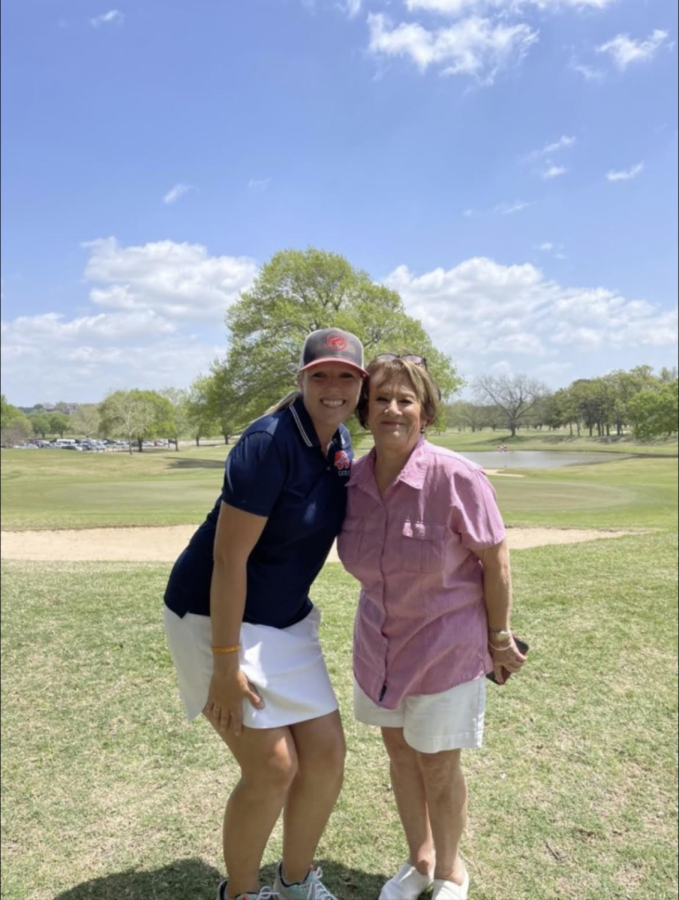 Sharon Davis and Janis Hooton commemorate the 18th anniversary of the Hooton Cup.

Twenty years ago, Fort Worth Country Day not only lost a student, but a leader. Katherine Hooton ’04 came to Country Day her freshman year from Mansfield. During her short time at FWCD, Hooton joined the girls golf team. One of Hooton’s former teammates is now its FWCD girls golf coach, Sharon Davis ’04.

“Even though [Hooton] was new to Country Day, she seemed to fit right in like she had always been there,” Davis said. “Katherine was the epitome of joy and it was contagious when you were around her.”

In 2004, Country Day established the Hooton Cup, which is played every year at Pecan Valley, to honor the memorable mark Hooton left on the golf team. The teams that play in the tournament include Fort Worth Country Day, Greenhill, Hockaday, Oakridge, and Trinity Valley School. This year’s tournament marked the 20th anniversary of Hooton’s passing.

For Golf Director Bill Arnold ’86, this tournament holds a special place in his heart because he had coached Hooton and has also coached her younger sister, Anna Hooton ’22.

“[Katherine] possessed all the qualities we all look for in a teammate: she worked hard, understood her talents, was dependable, and possessed a wonderful sense of humor,” Arnold said.

Since Davis and Hooton were teammates and best friends, Davis encourages her golfers to do their best while having fun in honor of her friend, who taught her that the most important part of the game is to have fun and play it with the people you love.

“Yes, I want to win and play well,” Davis said, “but it’s about the memories you make when you are out on the course.”

Janis Hooton, Hooton’s mom, comes to the tournament every year to support the golf team and honor her late daughter’s legacy. She loves to watch the girls progress and improve from year to year, from every team.

“Along with sadness, we experience joy,” Janie Hooton said. “It is so important to us that Katherine be remembered as a vibrant force at FWCD, who made a difference, and that will be honored for years to come.”

It is evident that Hooton made a positive impact on the golf team and the school as a whole, which is why FWCD also created the Katherine Hooton Memorial Award, which recognizes new students who make an impact in a short time as a member of the Upper School and campus community.